A masquerade, simply identified as Segun, has converted to Christianity after an evangelist, Daniel Olawande, met him on the road and preached to him.

Six months later, Segun is now an evangelist and the man who won his soul has taken to Instagram to share the story of how it all happened. 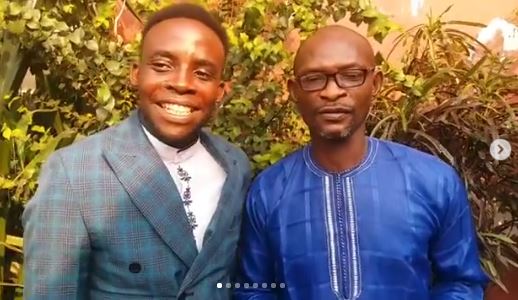 Talking about how it happened, Daniel Olawande said “the Lord led me to preach to a masquerade named Segun.” Segun was immediately converted and was sent to a “Rehabilitation and Discipleship school”. He is now “saved” and has now become an evangelist.

Sharing photos of himself and Segun, Pastor Daniel wrote: “Today I am the happiest man on earth, 6 months ago, the Lord led me to preach to a masquerade named Segun, He got saved, he went to church and we sent Him to A Rehabilitation and Discipleship school.

“Today He is a graduate of the Discipleship school and Rehabilitation. 6 months thoroughly taught in the word of God. Kai

“He is saved and now becoming an evangelist. 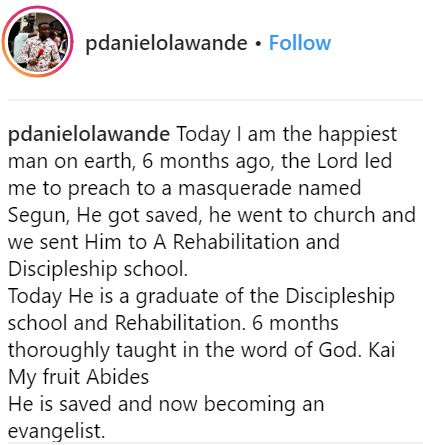 “Met Him a masquerade

“He Just Graduated from Rehabilitation and Discipleship school Wellspring by RCCG Apapa Family , Ready for the work of the gospel now.

“I am a soul winner

Watch a video of Daniel and Segun below: 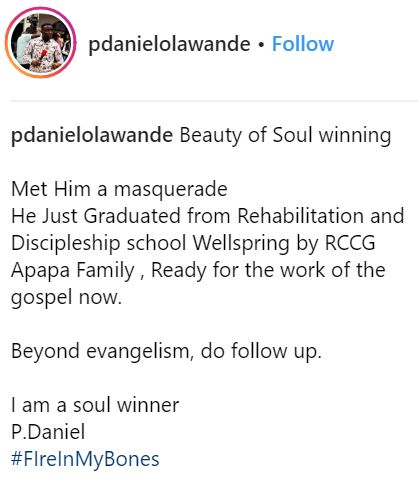 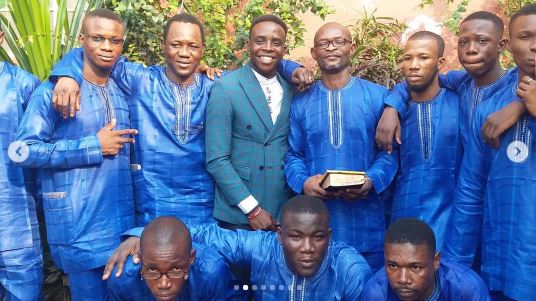 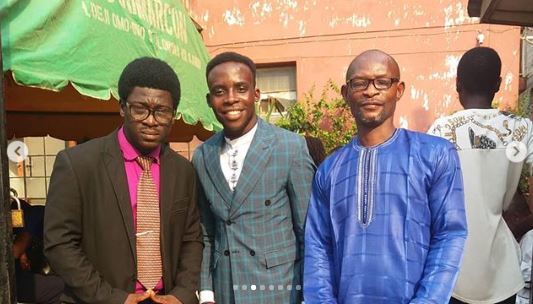 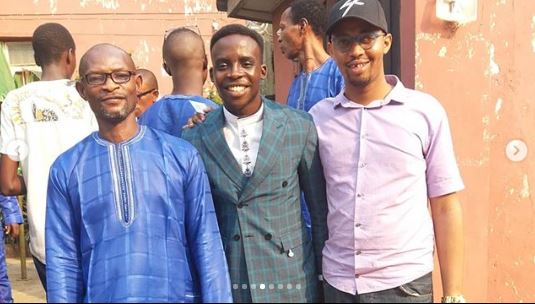 One thought on “Wow! Masquerade Converts To Christianity, Becomes Evangelist After Meeting A Pastor (Photos)”