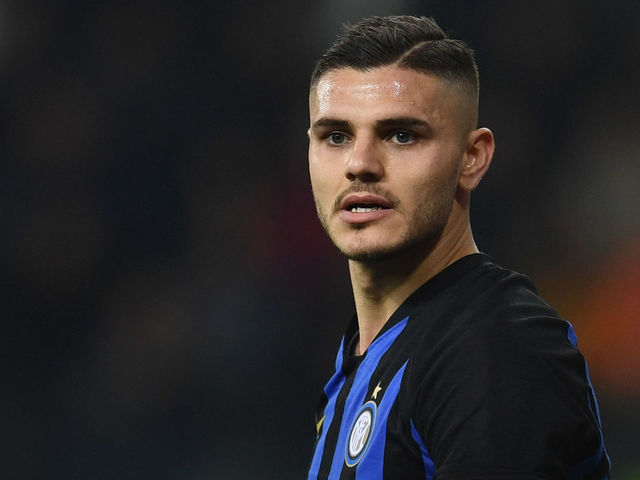 It follows comments from Juventus sporting director Fabio Paratici that the champions would keep an eye on the striker’s situation in the summer after he was stripped of the captain’s armband during the week.

“Will Icardi ever join Juventus? No, never,” said Zhang after a shareholders’ meeting at the San Siro on Monday.

“This has been spoken about a lot in the past week and a lot of confusion has been created.

“I would like to put an end to this topic because the club has already made a decision and continuing to talk about it doesn’t help us to achieve our goals.

“Icardi is a great player, he’s a professional and a very important member of our family.

“We are in negotiations to renew his contract, and he’s an important player for this club.”

Icardi, who turns 26 on Tuesday, watched from the stands with his wife and agent Wanda Nara as Inter beat Sampdoria 2-1 on Sunday.

Icardi, whose current contract expires in 2021, arrived from Sampdoria in 2013 and has scored 122 goals in 210 games, winning the award for Serie A’s most prolific scorer twice.

Nara, also a regular on Italian television, tearfully revealed on Sunday that the forward had only learned of his demotion on Twitter.

“It was like taking away a leg. It is not our intention to leave,” Nara told Mediaset’s football talk show Tiki Taka.

It had been her comments on the show last week had infuriated Inter directors and the player’s teammates.

“If I had to choose between a new contract and the arrival of someone who will give Icardi five decent passes per game, I’d prefer the latter,” she said.

Meanwhile, the club’s new Board of Directors was approved on Monday after Chinese private-equity fund LionRock Capital’s purchased a 31.05 percent stake from Indonesian businessman and former owner Erick Thohir.

Daniel Tseung and Tom Pitts of LionRock Capital were appointed to the board.

Inter Milan were taken over in 2016 by Chinese electronics retailer Suning Commerce Group, which bought a 68.55 percent stake from Thohir for 270 million euros ($305 million).

Zhang said the club’s revenues have increased in the past two years and Inter are now ranked 14th in the Deloitte Football Money League with revenues of 281 million euros, up from 15th last year and 19th two years ago.

Inter Milan ended a six-season absence from the Champions League by finishing fourth in Serie A last season.

They crashed out of the elite European competition in the group stage and are now playing in the Europe League.

View all posts by Swiss Mak