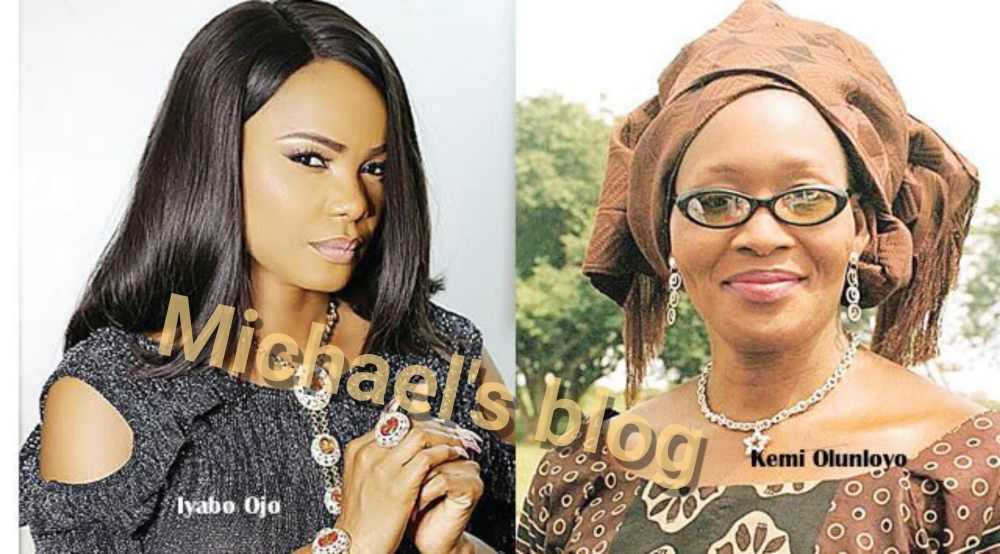 It seems like the fight between Kemi Olunloyo, and actress, Iyabo Ojo, is far from over as things are getting messier. Although Ojo had once vowed never to reply any comments about her from Olunloyo, she broke that promise during the week when she took to her Instagram page to address an issue that concerned the latter.

In her post, the actress stressed that the only reason she was replying Olunloyo was because she insulted her daughter, adding that she would send her (Olunloyo) to prison if she ever makes a remark about any of her children.

Ojo further stated that Olunloyo had always spoken about being in possession of some incriminating evidence against her and that if her claims are true, she should show the world the dirt she has against her.

Meanwhile, in a chat with Saturday Beats, Olunloyo revealed that she has new evidence against Ojo, adding that it was sad the actress knew nothing about it. Also according to Olunloyo, she will send the actress to jail for perjury.

She said, “I have been ill for a while as I have been suffering from Post Traumatic Stress Disorder but saw what Iyabo Ojo posted online about me. Iyabo is going to prison; she is going to be arrested because she committed perjury. I posted a court document and it revealed that she lied under oath. If you lie under oath in the law court, it is called perjury. If we were in the US, the crime could earn you about 30 years in prison

Initially, when I posted the court document on my Instagram page, Iyabo Ojo and her colleagues raised a red flag and Instagram had to pull down the post. I appealed their action but nothing was done, that was when I realised that if Instagram pulls down your post, you cannot appeal it; and if you continue they would deactivate your account. An eight-page letter was sent to me with her phone number.”

To clear the air, Olunloyo stated that she never insulted the actress’ daughter. According to her, it was bloggers that twisted her words to manipulate the readers’ attention and attract traffic to their sites.

She said, “Iyabo Ojo did not need to challenge me to release the evidence I have on her because it is already in my book. If I release the letter right now, my unreleased book will not sell as it should. That is my point. My lawyers have given me the go-ahead to release the evidence I have on her but I cannot (do that) because my book may not sell. I was not the one that called Iyabo Ojo’s daughter a ‘runs girl’ (sex worker) as she claimed. It was bloggers that spun the headlines to what would suit them.

That is why I say that all our Nigerian bloggers are illiterate. I did not call the girl a ‘runs girl’. I addressed everything in one of my posts. It was a writer that sent me a letter calling her a ‘runs girl’ in training. I have a letter that I can use against Iyabo Ojo and people have called her to tell her to apologise to me for tainting my image; instead, she has continued to insult me online.

She has vowed that she will not apologise to me because she does not know what I have against her, and now, I have new information against her. Muyiwa Ademola called me early Wednesday morning, and we spoke for two hours. He kept telling me to forgive her and leave everything to God. It is only a few people that are privy to the letter that I have against Iyabo Ojo.”

View all posts by johnholtstella