Massimo Cellino, the president of Italian football club, Brescia has made a racist remark about his own club’s striker, Mario Balotelli.

This comes days after the former Manchester City and Liverpool striker was a target of racist chants during a match at Hellas Verona. The incident made the 29-year-old forcefully play the ball into the crowd and even threatened to leave the field. 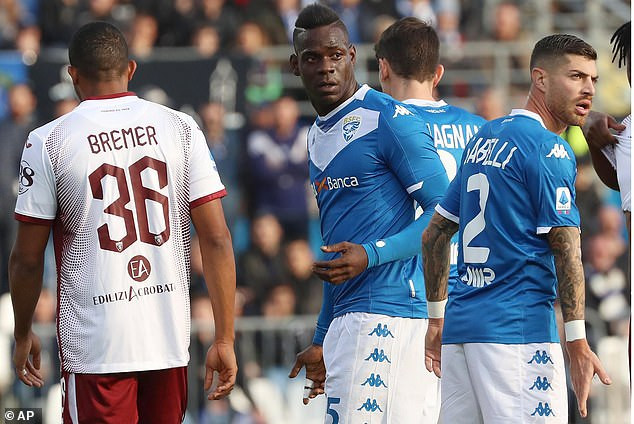 On Saturday, Balotelli was dropped from his club’s 3-0 defeat by Roma after he reportedly stormed out of training following an argument with his coach Fabio Grosso.

When asked about Balotelli on Monday, Massimo Cellino said: ‘He’s black, what can I say, he’s working on clearing himself but he’s having a lot of difficulty.’

Brescia quickly released a statement insisting that their president was only joking in his comment.

The statement read: ‘Concerning the declarations released this afternoon by President Massimo Cellino, referring to our player Mario Balotelli, Brescia Calcio evidently deals with a paradoxical joke, clearly misunderstood, released in an attempt to defuse excessive media exposure and with intent to protect the player himself.’

View all posts by thrills