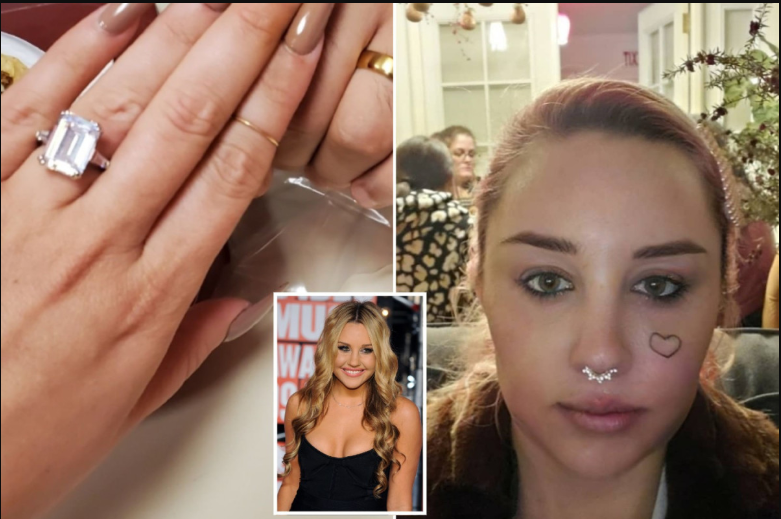 American actress, Amanda Bynes has announced her engagement to a mystery man.

The 33-year-old former child star took to Instagram on Valentine’s Day to share a photo of her hand wearing a diamond ring alongside a man’s hand wearing a plain gold band.

She wrote in her caption: ‘Engaged to tha love of my life,’ without revealing the identity of her husband to be.

In the past, the Easy A star has been linked to Family Guy creator Seth MacFarlane and her Sydney White co-star Matt Long.

Amanda Bynes rose to prominence as a child star in the late 1990s and early 2000s on Nickelodeon through their sketch comedy series All That, and its spinoff series The Amanda Show.